Keeping the Forest and the Trees

Keeping the Forest and the Trees 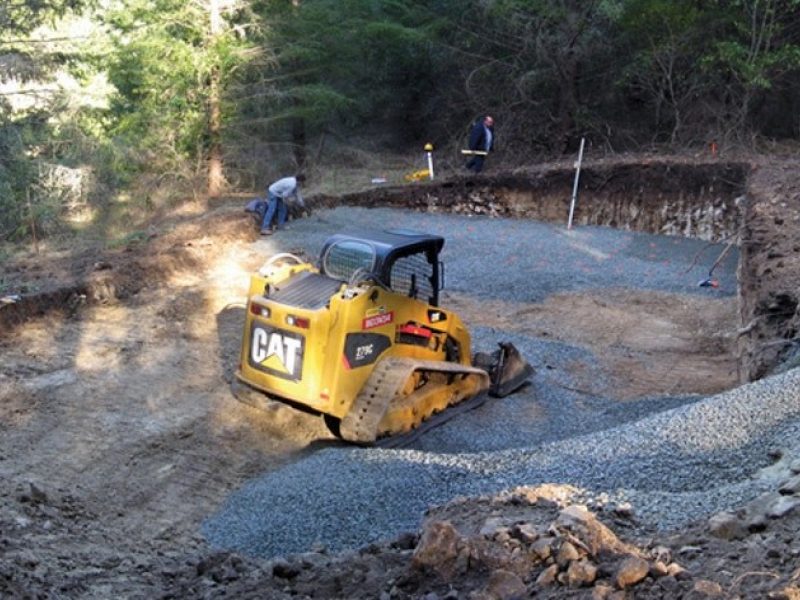 In the rolling hills of Sonoma County, north of San Francisco and in California's wine country, Shear Builders Inc. put in a new wastewater system to handle the effluent from a youth camp.

URJ Camp Newman (URJ means Union for Reform Judaism) abandoned a package plant and effluent spray field on its property and hired engineer Pete Lescure, of Lescure Engineers in Santa Rosa, Calif., to design a modern system that would meet the needs of the facility.

The camp managers are sensitive to their environment, and that matches the emphasis of Shear Builders Inc., says Joe McGee, the SBI construction superintendent for the system. "It's a great program and a great place and a great group of people to work with," McGee says. It was also a great project to work on because of its size and the need to be careful of not only a stream below the property, but also a large stand of trees intended to become the site of the drip irrigation field for the wastewater system, he says.

Through the summer, the camp hosts 600 to 700 young people for a variety of programs. Campers attend when school is out of session, and the season wraps up in August. SBI was tasked with doing the work through the fall, winter and early spring. The job began in October 2011 and ended the following May, although the nature of the project did not require SBI to be on site every day. SBI did not do the whole job. Other contractors did the electrical work, some of the piping and installed a backup generator.

Wastewater from the camp's cabins and group buildings flows through a series of pipes to the lowest point where the design called for repurposing a concrete basin already in place. That basin, about 17 feet by 11 feet by 11 feet, was used for primary settling. A second settling basin about 6 by 10 by 8 feet clarified water before it flowed through four Polylok filters. Two Orenco PF303032 pumps sent the water through a 1,875-foot-long 4-inch force main to the secondary treatment, which was SBI's part of the project.

The 4-inch force main from the lower level feeds water into the two 10,000-gallon septic tanks connected in sequence and with gravity moving water from one septic tank to the next. Then water flows into the four-tank Advantex system. Tanks 1 and 2 share a liquid level. Effluent circulates through all four AX units for treatment on a bacteria-holding fabric medium. The 8,000-gallon tank stores the treated water until pumps disperse it to the drip field.

The soil is a sandy loam. Across the site soil, depth above bedrock varies between 5 and 15 feet.

Nor was the drip field an ideal flat piece of ground. The discharge system utilizes a large stand of trees on hills above the camp. Preserving those trees was one of the project's challenges. "It was a lot of hand work. We rented a small trencher and did as much as we could mechanically. But as soon as we came to roots of about 2 inches in diameter, we had to hand dig beneath," McGee says.

Trees were not planted in straight lines. "It was all virgin forest up there," McGee says. To go around large root systems, they split the 2-inch force main into a couple of pipes and then linked the Geoflow drip lines to those to cover the soil in and around the roots. "It looked like spaghetti up there for a while," McGee says.

"We got a lot of rain that winter so there were periods of time when we couldn't actually get in," McGee recalls. "We had kind of a dry window there when we were actually setting the AX units."

As it was, trucks couldn't make it up the grade to the job site without help. One bend was so sharp drivers had to stop and back up to complete the turn, McGee says. To move the tanks, SBI had its own trucks, tri-axles with 20 feet of bed. The crew built extensions for the beds so the trucks could haul the septic and AX tanks up to the site. A tractor with a backhoe hooked on to the trucks to help them get up the grade. The same was true for the 15-ton crane that came in to set the tanks. Going downhill wasn't a problem.

High but not dry

Despite the site's location high on a hill, the tanks were installed with deadmen to prevent them from floating. There is still some elevation above the tank site, McGee says. "It rains all winter pretty much, and the water table fluctuates greatly." There is probably no danger of the tanks breaking through the surface, yet they're fiberglass, and if they are completely emptied the cables will ensure they remain in the ground.

When the installation was done, the work was not. There was still the environment to take care of. "When we were done there was a lot of erosion control. We hand-seeded the ground and manually spread straw. And it's kind of neat to go up there now and see the grass growing."

Systems like the Advantex are becoming the norm in his part of California, McGee says. Sonoma County is a popular second-home location, and the state's stringent environmental regulations make it increasingly difficult to find locations where traditional septic systems are permitted.

"We find ourselves putting more and more of these advanced systems in challenging places, among trees and in other terrain like Camp Newman. Advantex water is so clean, the owners can use it for subsurface irrigation," McGee says.

Back to all blogs 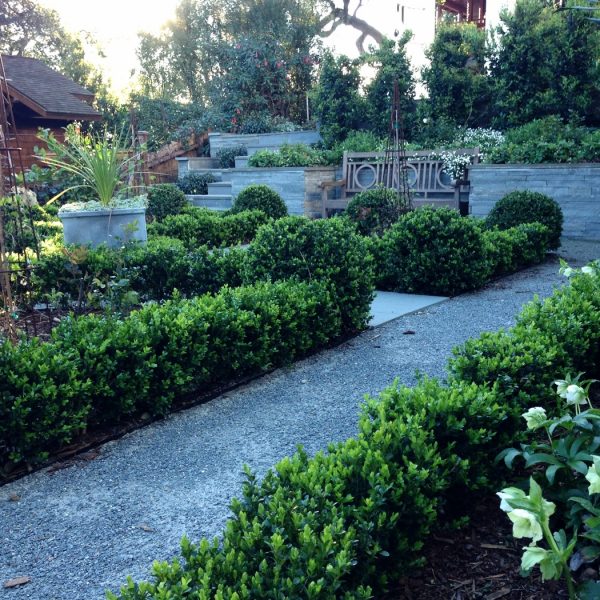 Designing the Future of Outdoor Spaces